Please complete this short form to request additional information in relation to Russia Health Insurance options. Once you have submitted your request our expert knowledge advisors will provide you with the additional clarification you require. 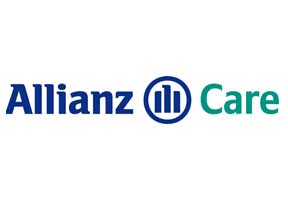 Allianz has been on the Russian insurance market for over two decades now. In 1990 the company opened its first Russia based insurance company “Ost-Wets Allianz” that focused on providing health insurance services to large industrial clients. Allianz was the first foreign insurance company that was granted the license for providing life as well as other types of insurance on the territory of Russia.

By 2007 Allianz owned 100% of shares in both ROSNO (federal-level insurance provider) and Progress-Garant. Both of the companies have several affiliated or daughter companies that technically also belong to Allianz. In 2011 Allianz announced its plans to consolidate its three main insurance companies operating in Russia- Allianz Russia, ROSNO and Progress-Garant with the merger completed in the early 2012.

Allianz has been operating since the year 1890 with the current Health insurance headquarters in Dublin Ireland. Allianz Worldwide Care is known for their impeccable services of processing claims from policyholder and thus will provide protection and security to its clients anywhere in the world.

If you would like to get more information about Allianz Group please fill in the query form at the top of this page. Alternatively you may contact us in order to seek expert advice directly from our knowledgeable Russia Health Insurance consultants.